Oil and South America have long been associated with each other, with the economies of many South American countries being entwined with their ability to produce oil. 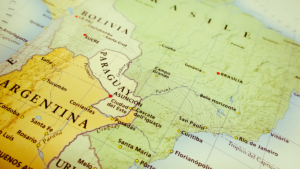 This means that South America can boast that it has many leading oil companies across the region. These companies are some of the most prevalent and active across the globe, so it is no wonder that oil and South America are thought to go hand in hand.

Oil production in South America is predominantly dominated by Brazil, Venezuela and Colombia. According to the Energy Information Administration, the three countries combined account for the production of approximately 5.6 million barrels of oil per day. On the world stage, Brazil and Venezuela rank at number 10 and 11 of the world’s biggest oil producers, with Colombia coming in at a respectable 22.

In terms of oil reserves, Venezuela has easily the largest in the world, with an estimate of more than 300 billion barrels available to it – which is even more than the Oil Giant that is Saudi Arabia. However, this does not mean that it is able to produce more oil than any other country. Political and economic instability has greatly affected production. For example, in 2005, Venezuela’s daily output was 3.3 million barrels which fell to a daily output of 2.4 billion per day in 2016.

In contrast, Brazil’s daily output has swelled in recent years and its approximate daily output of 2.6 million barrels in 2016 gave the country a 35% regional share, pushing it to the top of the list of oil producers in South America.

Let’s take a look at the three top oil countries in South America:

Brazil really is a giant of industry when it comes to oil production in South America, with more than 2 million barrels produced every day. The country’s abundant natural resources mean it has a further estimated 13 billion worth of barrels in proven oil reserves.

The two main oil fields were discovered in 2007 in the Santos Basin off Brazil’s south-eastern coast and are called the Lula and Libra ‘pre-salt’ fields. Lula has approximately 6.5 million barrels of oil, while Libra – which covers an area of more than 1500 square kilometres – has the potential to yield up to 12 billion barrels.

Although Brazil exports around 1 million barrels of oil per day, they do import oil from the MENA region, with crude oil from Saudi Arabia providing an estimated 50% of its imports.

The company in Brazil which dominates the market is undeniably Petrobras, which accounts for more than 70% of Brazil’s oil production every day. The Brazilian Government holds a majority share of the company.

The sovereign state of Venezuela in South America has long been associated with oil, with it having been discovered there in the early 20th century and the country quickly becoming one of the world’s leading exporters of oil.

Venezuela is also a founding member of the OPEC – the Organization of the Petroleum Exporting Countries. THE OPEC was founded in 1960 and had a mission to “coordinate and unify the petroleum policies of its member countries and ensure the stabilization of oil markets, in order to secure an efficient, economic and regular supply of petroleum to consumers, a steady income to producers, and a fair return on capital for those investing in the petroleum industry.”

Income from oil long dominated Venezuela’s exports and government revenues, however economic uncertainty plagued the industry and the country entered into an economic depression in 2016.

The potential for Venezuela to dominate the oil industry again is real though, with the 2019 edition of the BP Statistical Review of World Energy reporting that at the end of 2018, Venezuela had 303.3 billion barrels of oil which represents 17.5% of the world’s total reserves.

Colombia started exporting oil in the 1980s and has made significant production increases in recent years, raising its output from 550,000 barrels per day in 2007 to just under 900,000 barrels of oil per day now. It is thought that about half of all Colombia’s oil exports go to the US.

According to reports from the Environmental Investigation Agency, the increased production of oil in Colombia can be attributed to energy industry reforms introduced in 2003. These reforms were dedicated to ensuring that Colombia’s energy exploration and production industry was more attractive to international investment companies. In a demonstration of the success of these reforms, more than $4.8 billion was invested in Colombia’s oil industry in 2014 by international companies.

The largest and most active petroleum company in Colombia is Ecopetrol. The state-owned company is thought to produce more than 500,000 barrels of oil per day – around 55% of Colombia’s total output.

The future of oil in South America

EngineeringPro recently asked its readers what regions they predicted would yield the biggest developments in the future of oil and gas production. 30% of the vote went to South America. This is for good reason as the area has been a significant source of both oil and gas for many years now, and a trend of big international investment is now starting to surge into the area.

This is to take advantage of the offshore ultra-deep oil fields in places like Brazil and Guyana. GlobalData has also predicted that exploration and production companies will invest a whopping $12.7 billion per year in South America between now and 2025, demonstrating the substantial yield that they expect to achieve.

Whatever the future holds for oil in South America, we are confident that Special Piping Materials will continue to support the exploration, production and storage companies in the region. Our reliable and expert service means that we are regularly called upon to supply specialist piping products in a range of exotic materials like super duplex, duplex and Nickel Alloy to many of the industry giants. Our team on the ground in in Rio de Janeiro, Brazil is always ready to support their clients in the most efficient way possible.